Most of you will have taken part in the Marshmallow Challenge or a variant of it. It’s the team exercise where you get a load of spaghetti, some tape, a marshmallow, a piece of string, and 18 minutes to build the tallest freestanding structure.

Peter Skillman, who devised it, found something fascinating when he tested it on multiple participants.

Children out performed most groups – including business school students and CEOs.

When Vicky Green repeated this experiment in Bromford Lab a couple of years ago – the team that did worst were…..our Project Managers. 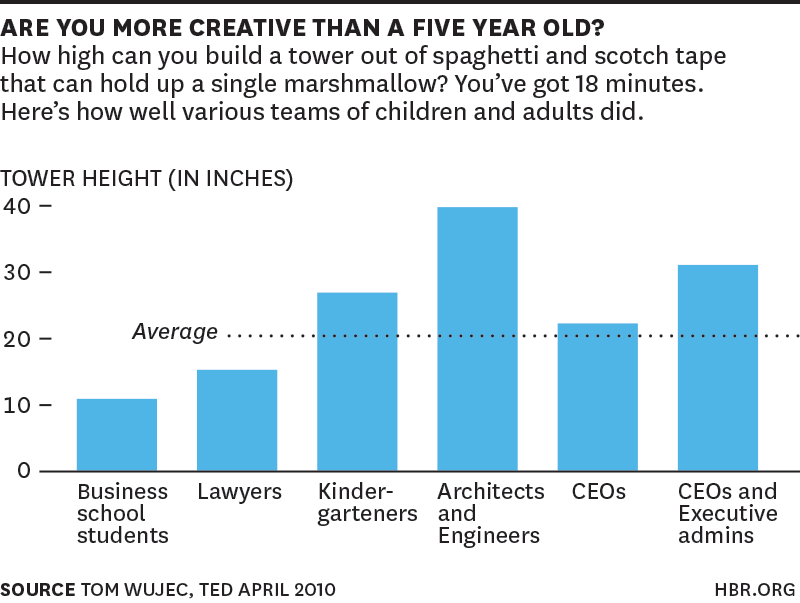 How is it that a bunch of kids can beat trained professionals at a fairly basic task?

First of all they are unconstrained by assumptions. In one of the tests they did something that no other group did – they asked for more spaghetti.

Instead of wasting time figuring out team roles and who should do what they jumped straight in and started creating. They experimented endlessly, and just built the tallest tower they could.

Essentially – they didn’t waste time with status games, they were willing to experiment and they weren’t afraid to look stupid and fail. 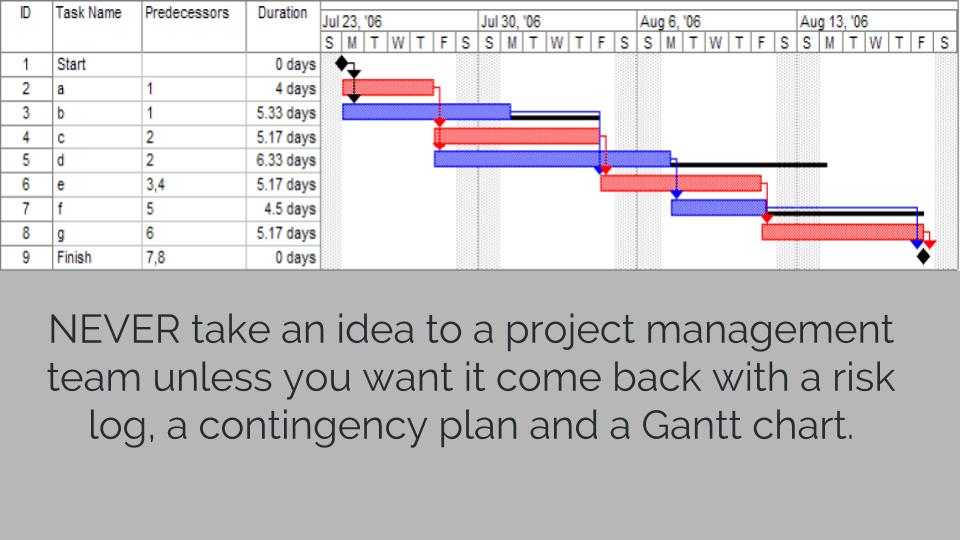 As part of a work project I’m involved in we’ve been kicking around a problem for the past few months: how do you turn around one of our most demand led services from reactive to pre-emptive?

I’ve come to a realisation over the past couple of weeks that despite all the knowledge and expertise in the organisation – none of us really have a clue. The only way out of it is to start experimenting.

The art of management is an endless search for silver bullet solutions.  For certainty where there is often none.

Chris Bolton has written a great couple of posts recently on management fads and silver bullet syndrome.  This is the belief that the next big change in tools, resources or procedures will miraculously or magically solve all of an organisation’s problems.

Once you recognise Silver Bullet Syndrome you will see it everywhere. In management reports, in public policy, and in the final week of UK election campaigning – on every single news bulletin.

It’s actually very easy to sell Silver Bullets. To stand in front of people and do a PowerPoint presentation with a perfectly articulated way of getting from A to B, without any actual evidence.

It takes real bottle though to say you haven’t a clue how to resolve this.

That you can’t solve this on your own.

That you need everyone’s creativity and input.

That you know the first solutions you come up with will almost definitely fail.

It used to be cool to pretend you had all the answers but today’s complex problems require rapid experimentation not silver bullets.

If a problem has existed in your organisation for a long time it’s almost guaranteed not to be solved at your first attempt.

I’m looking at a test plan from Tom Hartland and thinking how to sell it. It essentially says “I’m sorry I haven’t a clue – I’ll tell you after the first 20 tests”. He’s right.

The best way to combat uncertainty is to spread your bets with small experiments.

None of us can afford to wait for the opportunity that’s perfectly safe.