Failure: We Need To Move From Slow And Stupid To Fast And Intelligent 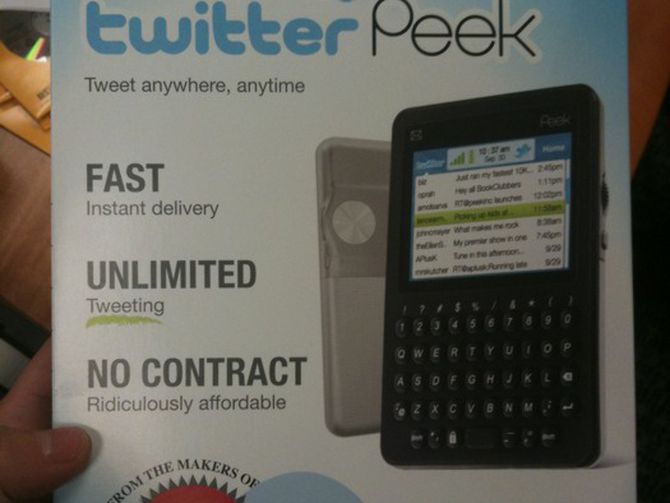 In the history of pointless technology, it takes a lot to beat the Twitter Peek.

Aimed at those interested in Twitter, but who didn’t own a smartphone,  it asked customers to spend $100 plus a monthly subscription.

With the benefit of hindsight, it was clearly designed to solve a problem that didn’t really exist.  If you were using Twitter in 2009 you could count yourself as an early adopter – the tech-savvy and digitally engaged folk who probably already owned a smartphone.

Last week we learned a new word from Samuel West, Founder and Curator of the Museum of Failure – Atychiphobia. We were presenting alongside Samuel to discuss why we find it so hard to talk about failure at work.

The Museum of Failure started as a collection of nearly 100 ‘innovative’ products that launched, but in one way or another ended up going horribly wrong.

Rather than condemning the failure – the museum is actually a celebration of creativity. Every item provides unique insight into the risky business of innovation.

It’s easy to laugh at likes of Twitter Peek, or Colgate Lasagne, but if we are honest our own careers will be full of bad ideas and false starts. 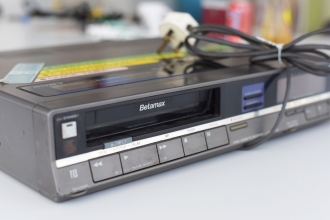 Nielsen research suggests that “two out of every three products are destined to fail.” However, this is rarely acknowledged or discussed.

In the social sector, where projects take years rather than weeks,  and pilots become mainstream services without any evaluation – things are worse.

Everything is a success.

Chris Bolton has suggested we need our own Museum – a Museum of Failed Products for the social sector – to share the learning from things that haven’t worked.

Our Problem With Failing

The truth is that even though the wisdom of learning from failure is incontrovertible, in most organisations we simply think of failure in the wrong way.

Amy Edmonson has outlined the big difference between knowing that failure is a valuable learning experience and actually making it a core part of your ethos.

As she explains,  every child learns at some point that admitting failure sometimes means taking the blame. Failure then gets inextricably linked with fault – and we learn that it sometimes pays to cover up failure , or even blame it on someone else. 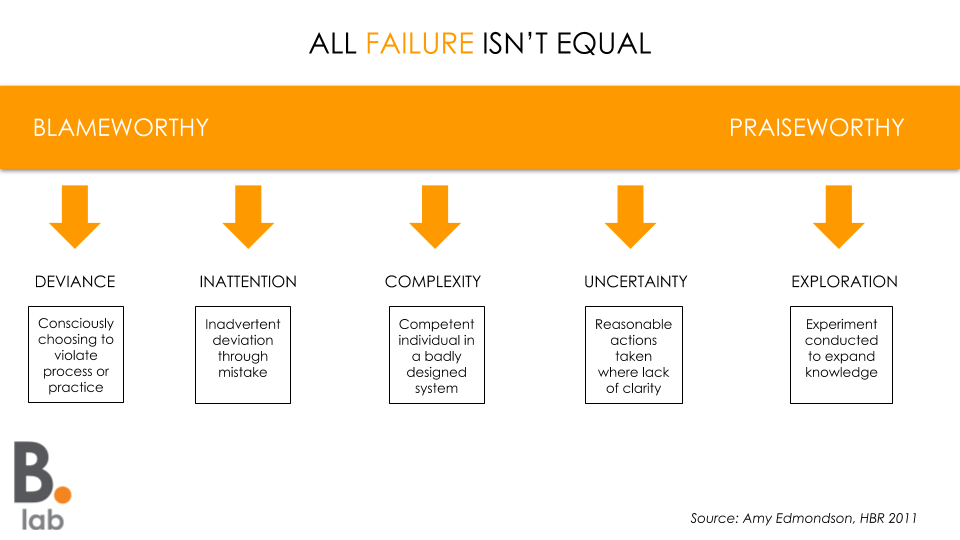 There’s a world of difference between deliberately breaking the rules, thinking on your feet in a complex situation and purposeful exploration.

The organisation that implements lots of ideas will most likely have many failures. Innovation only thrives in a forgiving organisation. And if failure is the engine for innovation, our challenge is to make our organisations more forgiving.

Again we come back to culture – and the need for organisations to become places of psychological safety where learning from failure is openly discussed.

When we initially pitched Bromford Lab the number one objective was to create an environment where failure was not just accepted but encouraged. 75% of the things we worked on would fail.

This was not to create a culture that celebrated failure. It was to create a place where people felt it was safe to fail. They wouldn’t get punished for messing up.

In exploration, Failure is just an alert, warning us about the way work is progressing.

You wouldn’t close down cancer research on the basis of failed trials, you take the learning and use it to continue the research and development process.

At Bromford we are closing down our Starting Well Engineer pilot, but the findings we have are invaluable and will inform the next stage of exploration.  Indeed our Neighbourhood Coaching model was the result of five years of tiny failures.

Where we need to get better is we just aren’t fast enough.  We take too long and we now need to focus on smart failure for a fast-changing world.

In reality – failure is never one thing. It is sometimes bad, sometimes inevitable, and sometimes even good.

We need to shift our failure from being slow and stupid to fast and intelligent.