I read an article today about “apple babies”. That’s kids under the age of two who automatically try to use a touch screen when handed a phone, conditioned as they are to expect that if something has a screen it should be capable of manipulation. There are clips on YouTube of japanese kids trying frantically to change TV channels by swiping the screen with their hands- the same things they can do with things like Xbox Kinect, Wii and PlayStation Move.

But this can seem a world away when you work in social housing.

FACT: Only a tiny percentage of our customers do any online business with us. We have very little knowledge of their internet habits , smartphone use, social networks

FACT: We have customers – in their thirties and younger- who attend work clubs, who have no access to the internet, never used it, and look at a mouse the same way one of those Japanese kids would look at a typewriter. Excluded from work as well as technology – they exist in a genuine digital divide

I’ve started this blog as I’m working on a number of projects that depend upon our customers dealing with us online.

I’ll be blogging here about the things we learn along the way – the successes and the failures as we try to bridge the digital divide. 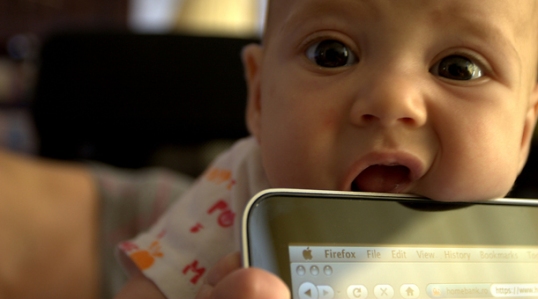 Not the reality for many Social housing users

I’m a facilitator, innovator and designer. I work with organisations to identify problems and solve them in ways that combine creativity with practical implementation. I established Bromford Lab as a new way for the organisation to embrace challenge and adopt a ‘fast fail’ approach to open innovation. Nearly everything the Lab works on is openly accessible at www.bromfordlab.com. I'm a regular contributor to forums , think-tanks , and research reports and a speaker or advisor at conferences and events. View more posts