Why Social Recruitment Is Disrupting How We Apply For Jobs 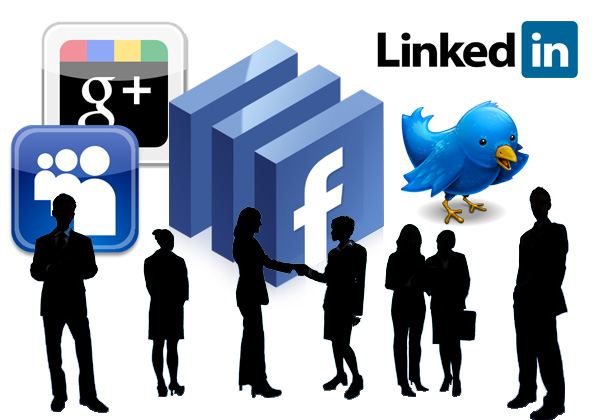 What if your next employer spent ten minutes searching your online profile? Are you happy with everything they would find?

Last week I posted about how social media could land you your next job and the dangers of online professional invisibility. But having a badly curated profile can be even more damaging when it comes to job search.

But should recruiters be looking anyway?

In his thought provoking post “The Application Of Social Media – Using #SM in HR” – Phil Lyons raises issues of potential discrimination against job applicants, and the dangers of unfair judgements about candidate suitability. Phil recounts advice he was given rather than presenting his own views. This included the suggestion of a ban on the use of social media during an application process. Essentially a hiring manager was NOT to check someone’s online activities.

But do the people who are giving this advice really understand how SM is used in practice?

In response to the post John Popham questioned whether recruitment may be one of those areas in which the current rules have been overtaken by the pace of change. That “the concept of infringing privacy can’t apply to social media because content is, by definition, in the public sphere.”

I think he could be right.

If I were to recuit a role on my team the first place you will hear about it is on SM. And rightly or wrongly , I’m going to make an initial judgement about a candidate based upon their digital profile. I would expect that if I was applying for a job. I think we have to accept that initial opinions will be formed about you online rather than face to face.

Of course – this is problematic. It could be argued that your online presence is more real than the image you choose to present when you walk into an interview room. Generally it won’t be as polished and you are more likely to see someone’s true opinions. And – social media is all about opinions. Unless you only post pictures of kittens, it’s likely that someone may take exception to one of your posts.

Interviewing someone begins the moment you connect online. 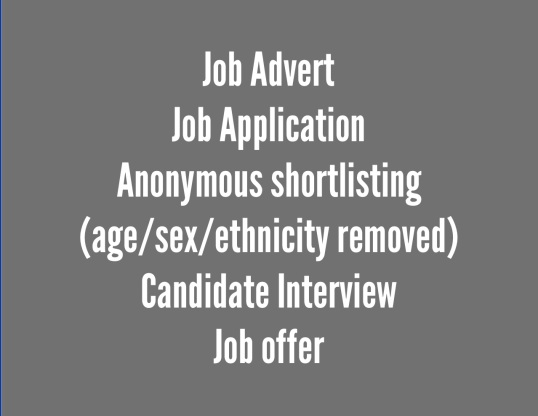 But isn’t modern recruitment more akin to this? 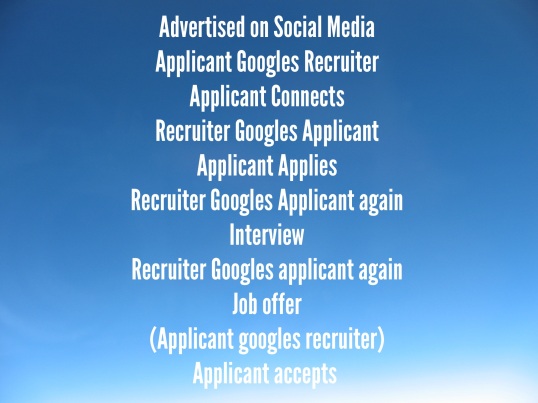 OK , I exaggerate for effect. But the normal rules of recruitment are being disrupted.

Just this week we have seen another new approach. Pizza Hut stated that interviews for a new post would take place in 140 seconds. Follow up interviews will take place via a Google Hangout. Your application is being made public and crowdsourced. Of course a lot of this is about brands gaining valuable PR by using unconventional approaches – but the point is that social recruiting is happening.

So – do we need new rules? I don’t think we can expect them just yet – this is still an emerging area. Both recruiters and applicants have got to adjust to the online world and find an approach that is both ethical and fair. Jobseekers need to be sensible , curate their profile and search themselves on a regular basis.

Recruiters need to respect that people have a life. Someone who has been on that weekend in Magaluf and posted some very embarrassing photo’s has made a mistake. But is also human.

And personally I’d rather recruit someone who shows they are a real human being – flaws and all – over someone who has zero digital footprint.

What do you think? Does there need to be more control over what employers can use in an application process?