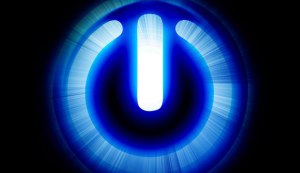 “The list doesn’t destroy culture; it creates it. Wherever you look in cultural history, you will find lists. In fact, there is a dizzying array. We like lists because we don’t want to die.” – Umberto Eco

You know – The top 500 movies of all time. The best albums ever recorded. The 50 funniest comedians.

The only reason we don’t like lists are if we disagree with them. Or worse – if we are not featured in them.

I had both reactions when reading The Top 50 Power Players In Housing – recently featured in 24Housing Magazine. It’s a list of the supposed great and the good within the Social Housing sector in the UK. The full list is featured here.

First of all – I’m joking. I think lists like this are a bit of fun – no more , no less. I don’t think being featured in 24Housing Magazine guarantees immortality. It’s just interesting to see who your peers rate as influential. And it would be unnatural if we didn’t get a frisson of anticipation as we wait to find out whether our colleagues have been noted for their achievements.

But my main thought on reading the list and hence the reason for writing this post was – “What would Generation Y think of this?”

And what about the new social media super-connectors who have emerged since the walls came down between sectors like housing , health, care and technology.

How many of these people would they honestly recognise? For example – 5 of the Top 10 Power Players have no meaningful social media profile. Surely that is worth some debate?

So I started thinking about what the list would look like if we ranked people according to their digital footprint. How different would the list look if it was voted for by users of social media? And what if Klout, Kred or PeerIndex had created it?

So I’ve produced an alternative. And I’ve used Klout – simply because it’s the most well known social scoring platform.

If you want my views on the concept of social scoring or more information about what it is – you can read it in my post The Delicate Balance of Online and Offline Influence.

So how have I approached this?

So here you go – the alternative Power Players……

[You are best viewing it in full screen mode or if you have trouble click on this Power Players link.]
So , first thoughts?

Astonishingly – only 14 of the original Power Players remain on the list. This shows divergent views of online as opposed to real world influence.

I’m also struck by the apparent democratising effect of social media. CEOs disappear almost completely and are replaced by people with less seniority – in the traditional sense at least. There is also a higher number of women. I don’t know everybody’s ages but at least 3 of the top 10 influencers are under the age of 30.

Is that acceptable in a world where digital presence and engagement are more important than ever? Perhaps it is.

Looking forward to your thoughts!