We’ve seen an alarming evaporation of trust across all institutions, reaching the lows of the recession in 2009. Trust in government, business, media and non-profits is below 50% in two-thirds of countries, including the U.S, U.K, Germany and Japan. There has been a startling decrease in trust.  Richard Edelman 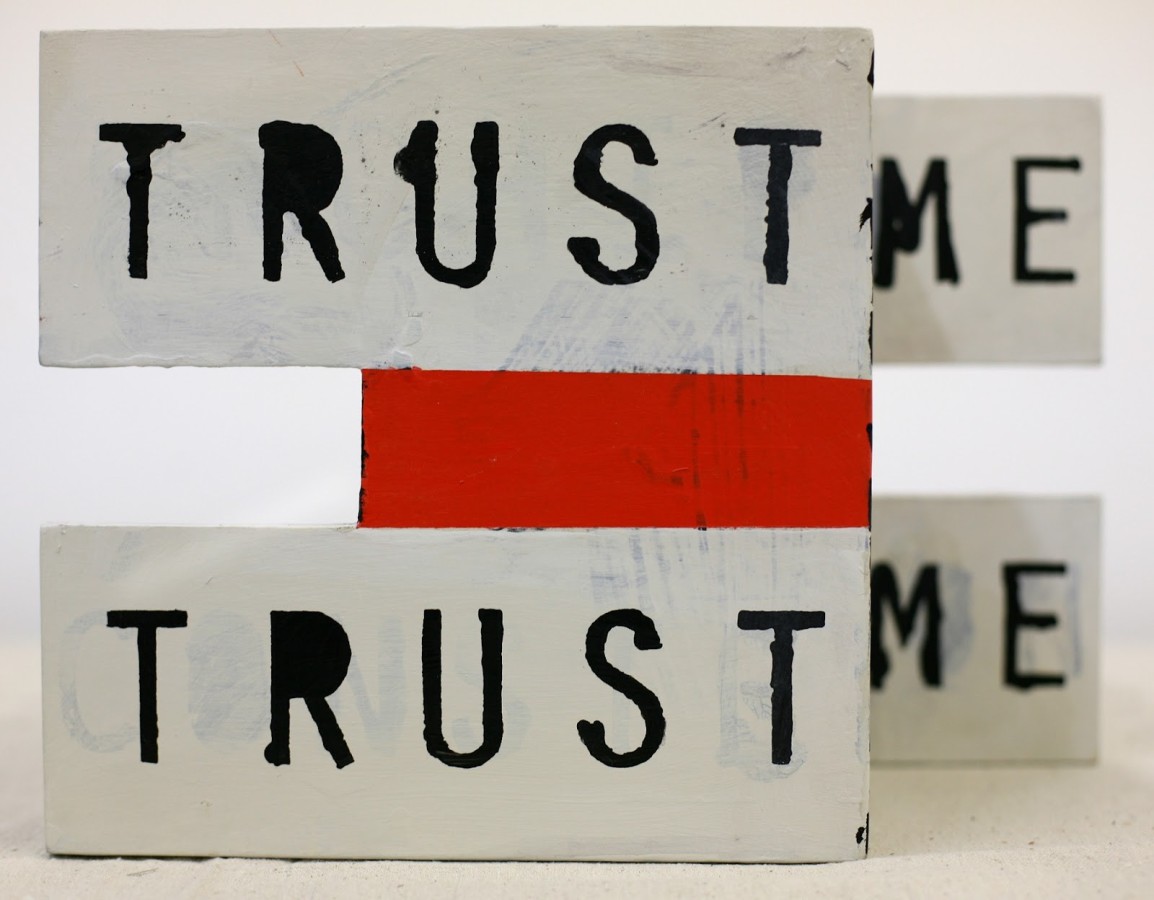 The annual Edelman Trust Barometer is always fascinating reading but the 2015 edition is one that really should make us sit up and take note.

It appears we have entered an era of ‘trust deficit’ – where more people distrust institutions than believe in them. And we can’t blame those pesky bankers for this one – the causes are far more evenly spread that you might think.

It’s a truly global decline, spanning sectors and industries. The rise of connectivity and access to information, fuelled by social media,  surely play a part in this shift.

But don’t worry –  those crazy social disruptors and innovators will surely save the day.

Errr – except people don’t trust them either.

Indeed , public trust in innovation is no longer implicit.  As the report says “innovation on its own is not perceived as an inherent demonstration of forward progress, despite the near reverence for the term.”

51% of people say the pace of change is too great , with many ‘innovations’ appearing untested and unproven.

This is surely a wake up call to all of us working in Local Government, Health , Housing and Care. These are sectors that often spend an undue amount of time blaming other people for their problems. Problems , it seems , that lie somewhat closer to home.

Trustworthiness is said to consist of competence (ability), having the right motives (benevolence), and acting fairly and honestly (integrity). Any person or organisation who displays those attributes consistently will be trusted. But get any of them wrong, and you blow it.

The impact of a trust deficit is tangible:

So what do we need to do?

As the report says: The trust-building opportunity lies squarely in the area of integrity and engagement.

Obviously there are some global mega trends at work here that are difficult to shift. But what can our organisations practically do to start building up trust?

Here’s five things we could all start doing tomorrow:

Stop saying how great your organisation is

There’s a huge dissonance in the public sector where services are often described as great when they are merely mediocre.

This includes the issuing of flattering press releases , massaged customer satisfaction scores and meaningless benchmarking results. The only people who have a right to say we are great are our customers.

Everytime we say how wonderful we are a little bit of trust dies somewhere.

Start engaging rather than broadcasting

It’s time to do less talking and more listening. Cut it with the jargon and PR doublespeak.

If you want to understand why trust in politicians is flatlining you need look no further than the Twitter feed of prospective Prime Minister Ed Miliband. To say this account is robotic is a genuine insult to our android friends. The Canadian hitchhiking robot HitchBot demonstrates more insight, humour, warmth, and humanity.

We need to start acting , and talking,  like people again.

Publish everything. Even your biggest mistakes.

I frequently talk about the work of Buffer , to my mind a truly transparent organisation. Take a look at their transparency dashboard which features details of salaries, profit and loss, even their emails. They have built a business with strong social media presence and enshrined transparency as part of their values.

How honest are our websites? Maybe we should ask our customers.

Stop innovating for the sake of it

The report notes that trusted innovation means us adopting a new framework rooted in dialogue, sharing information and fostering collaboration.

We need the various Labs , Accelerators and Hubs to adopt stringent methodologies for testing innovations and proving their worth before launching them to the public.

Our Bromford Lab and Research Team have begun to show our organisation and customers that testing social innovations in a robust way is not bureaucracy – but necessary evaluation.

Rather than launching initiatives in a blaze of publicity we’d be better off making test results publicly available for review, which 80% of people say would boost trust.

Turn your people into brand advocates

People just don’t buy our marketing anymore. They don’t believe us. We need to radically transform Communications and Marketing teams. Rather than gatekeepers they need to be enablers. The more of our colleagues we have on social , the more honesty we share, the more trust we build.

I’m a big advocate of social CEOs – but the report highlights they are regarded as the least credible sources. A ‘person like yourself’ builds trust – we need to promote the voices of those engaged in frontline services, not the hierarchy.

To prevent further decline we need to consider whether every action we take is a trust builder or trust killer.

To rebuild trust we must show we are worthy of it.