All over the the world our organisations are experiencing profound change. The most common way to react to that is the corporate change programme.

Every year businesses will embark on a series of reports , meetings, visioning sessions , training events and communication strategies. In almost every case the goal will be the same: to make fundamental changes to how business is conducted in order to cope with a new, more challenging market environment.

70% of these programmes will fail. And it will largely be down to your culture.

Generally organisations don’t change. They don’t like it and don’t see why they should.

They adopt a culture – a unique blend of practices , beliefs and customs – that takes a long time to form and an age to break down.

Think how hard is to is to make a significant change to your personal life: quitting smoking , losing weight , ending a relationship. Multiply that difficulty by the number of employees you have and the hundreds and thousands of inter-relationships.

Just as your body is designed to fight a common cold, most of our cultures protect the organisational DNA from any irritant antibodies. Add something new and it’s likely to get rejected.

The challenge then is not to embark upon another change programme , but to disrupt your culture. To deliberately set out to mutate your organisational DNA.

But this isn’t easy and will be resisted. As David Burkus points out, research suggests that there is often a cognitive bias against new introductions – a “hierarchy of no”.

It’s going to be difficult for any of us to abandon our organisational structures – but there are ways you can create a “hierarchy of yes.”

Here are four ways to begin hacking your culture and challenging the status quo: 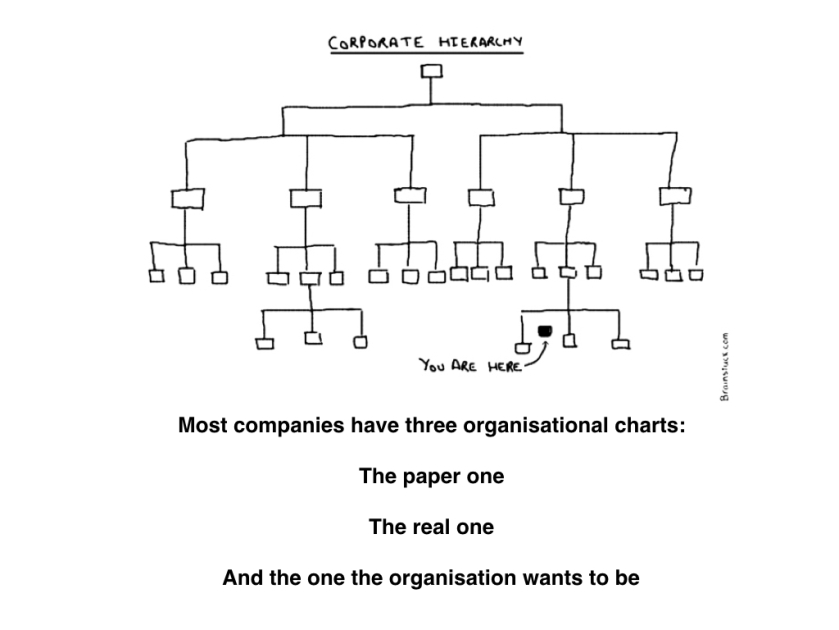 As Tony Hsieh has said – one of the biggest organisational barriers to change can be managers themselves. Hierarchies simply aren’t built to accommodate change. If change is going to happen, it often has to be project managed a year in advance!

We don’t necessarily need to go the ‘No Manager’ extremes that Zappos are doing, but we do need a more democratic work environment. One where employees’ input is sought into areas once reserved for a select few. Social networks are wonderful opportunities to do this but, even in 2015, are still underused.

It’s more than seeking inputs, though. If we are serious about hacking hierarchy it means employees co-creating solutions with managers, not just feeding into meetings.

2 – Innovate from the edges

One of the mistakes change programmes often make is starting with managers. It’s almost impossible to innovate from the centre of the business. It’s easier to start at the outer edge and work your way in towards decision makers.

At Bromford Lab we’ve had to distinguish between wicked problems which might require widespread organisational change – and the smaller changes and innovations we can introduce from the edges of the organisation.

Keeping innovation locked up into a Lab or Hub type arrangement will only get you so far. You are going to need to infect emergent leaders if you want to bring about widespread change.

Leadership development programmes are a great way to make creativity part of everyone’s role. However they can often instill too much adherence to past organisational behaviour rather than a more disruptive future model.

As part of our own Lab work we helped formulate ‘squads’ as a way of cultivating problems and getting things to test quickly. This is also a way of seeding innovation throughout the organisation and beginning wider cultural transformation.

4 – Make everyone a disruptor

Philippa Jones has recently called for people to use common sense rather than policies. For Bromford colleagues to bin the rulebook and think on their feet. For leaders to praise those who bend rules as long as it gets the right results for customers.

The organisation of the future will be one that differentiates their customer experience from the competition. Those who rip the rulebook apart, rather than slavishly follow the herd,  will be rewarded.

Giving people permission to create new rules is the quickest way to eliminate fear , the biggest enemy of innovation

These are all big, bold ways to hack your culture – but there are lots of mini-hacks you can do that will make a huge difference. Most colleagues are annoyed with a limited number of things which breed mediocrity.

Most of us have the power to change these things. The power to test ideas and run experiments on doing these differently.

Our track record of introducing incremental change programmes is abysmal. And yet we now need to rewire our organisations for disruption. For sustaining as much rapid change as possible without falling apart.

The challenge is to develop a DNA that embraces those new and foreign ideas and quickly assimilates them.

If we all get to that, we’ll never need change programmes again.

10 thoughts on “Why Change Fails: Four Ways To Hack Your Culture”

Clearing down the photos on the #drone is a reminder I need to book a holiday:fast
Arcade Fire 02/09/22
Nottingham innit 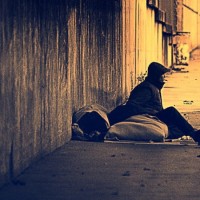