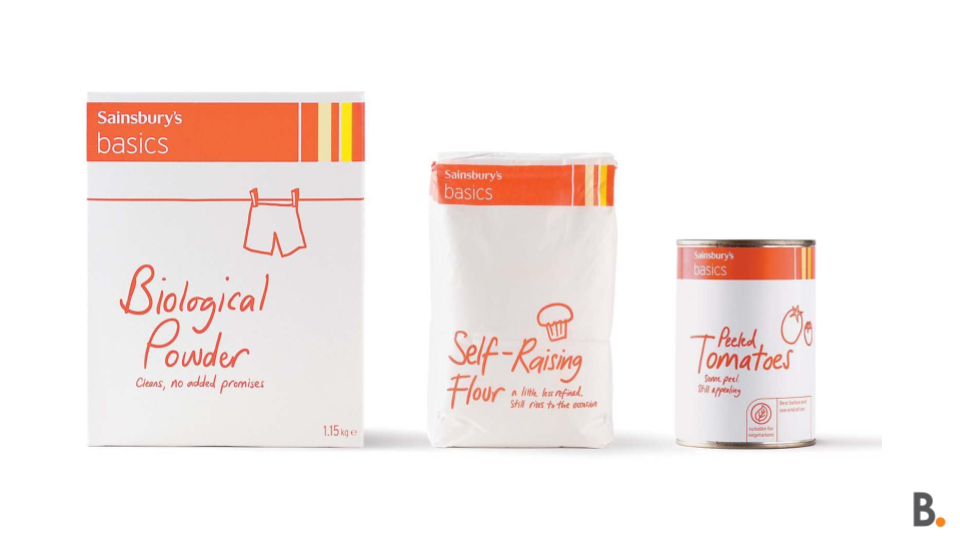 If you want to make things truly simple to use by your customers, you will nearly always have to make your organization take on more complexity – Gerry McGovern

Yesterday, I delivered a talk at a conference that was aimed at getting organisations ‘back to basics’.

The problem, I proposed, was that we live in a complex world and many of us just can’t help trying to help tackle every issue.

That’s often in addition to the core reason we were set up in the first place. The problems we were set up to solve were once quite simple, but as organisations get larger there’s more technology, more people, more regulation. We put together processes, controls, reviews, and structures and these factors together create a great amount of complexity.

There’s a paradox here. Although we appreciate the benefits of simple customer experiences and great design in our everyday lives, we often forget all about it when we walk through the door at work.

My contention is we have stopped seeing it. We don’t even recognise how complex we’ve become.

There’s some science to explain how we may have become ‘complexity blind’.

Our brains cope with complexity by identifying key features and filtering out unnecessary detail. On seeing that the space you enter has walls, a floor and a ceiling, you know you have entered a room and can usually ignore the details. You can find where to sit quite easily without getting all distracted by the view out the window or the pictures on walls. This is an example of what the French psychologist Jean Piaget termed a “schema”. Schemas can be useful because they allow us to take shortcuts in interpreting the vast amount of information that is available in our environment.

When your working day is crammed full of meetings and emails it’s easier to just screen out the bullshit and the complexity and just , well,  try to cope. 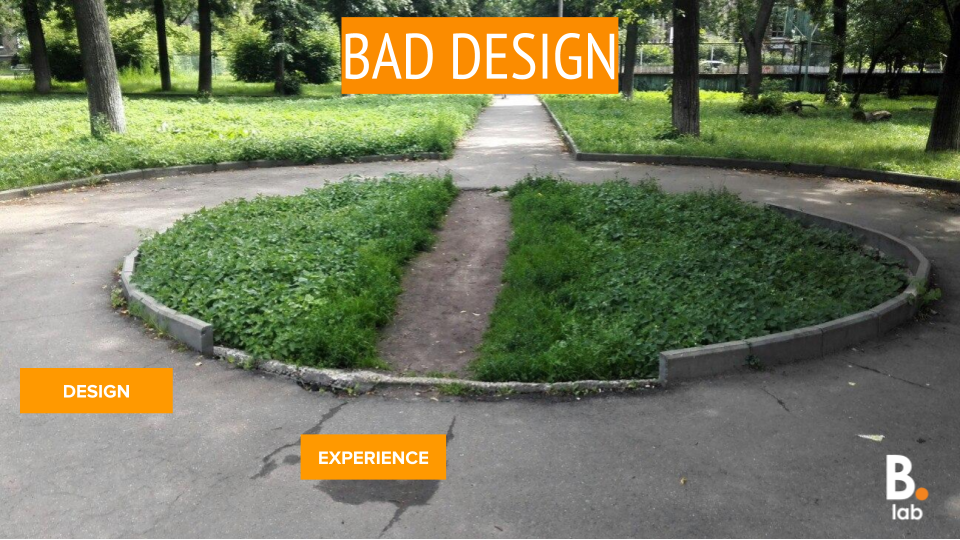 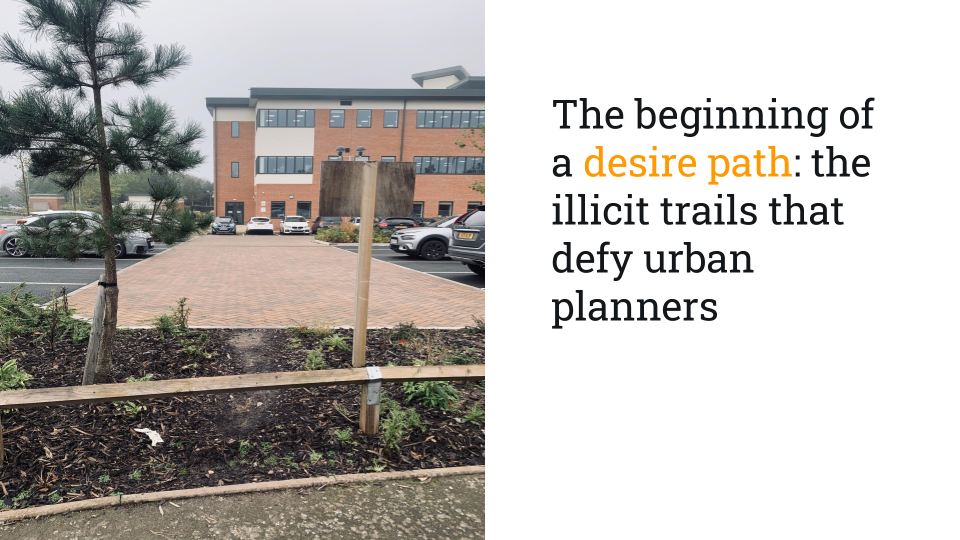 Desire paths were beautifully described by Robert McFarlane as “paths & tracks made over time by the wishes & feet of walkers, especially those paths that run contrary to design or planning”, They spring up when humans vote against design – with their feet.

But desire paths exist within our organizations too, when colleagues make illicit shortcuts through bad policy and procedure to make their working lives a little easier.

Sometimes there are very visible signs of complexity , such as long lists of KPIs or structure charts that look like a company is preparing for an invasion of Europe rather than serving customers.

Last year Sky admitted that they had identified over 2,000 KPIs within their business. They took radical action and reduced it to just 30. Interestingly , they did this by cutting the people involved by 84%. They admitted the KPIs fulfilled no purpose whatsoever and  were just in the business because “someone liked them”.

How can we simplify complex organisations?

As Steve Jobs said, simple can be harder than complex. Most of our organisations default to the difficult for a reason – it’s easier.

Being simpler means spending more time in problem definition, and more time observing what users need and how they behave. Einstein believed that the quality of the solutions we come up with will be in direct proportion to the quality of the description of the problem we’re trying to solve. Not only will solutions be more abundant and of higher quality, but they’ll be achieved much more simply.

Simplicity also means saying no to things and doing less. Many of an organization’s activities are misaligned from , or have poorly defined, strategic objectives. We often anchor around the wrong thing. That’s why some big institutions have no chance – they are hit by random plans and transformations rather than anchoring around purpose and iteration.

It also means taking a different view of design – and removing activities rather than adding them in. 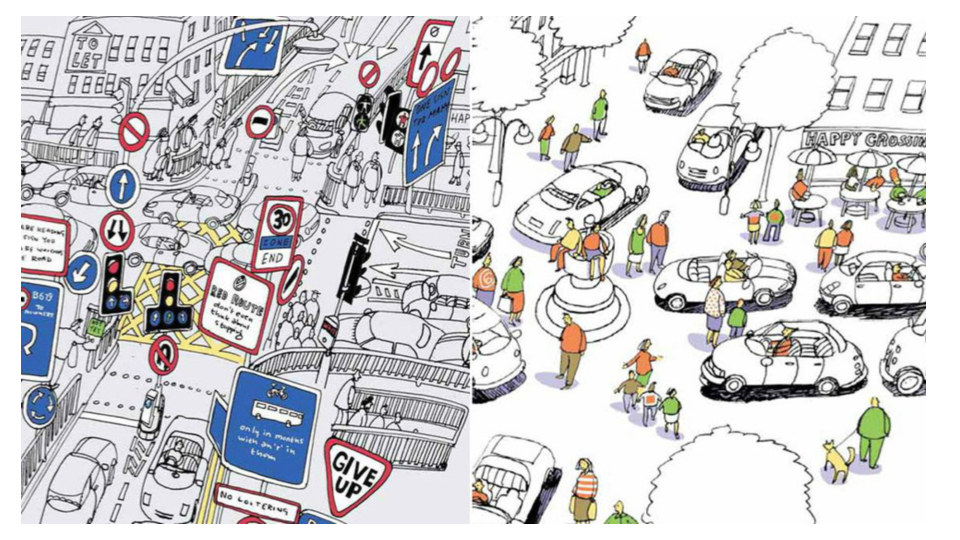 The Dutch traffic engineer Hans Monderman challenged this thinking with his idea of “Shared Space”. His concept was simple. Remove all traffic lights, signs, and road markings. The results were the opposite of what most people expected. The traffic moved slower, people paid more attention, and accidents ultimately declined.

Monderman’s theory was that increasing traffic regulations reduces personal responsibility, the need for drivers and pedestrians to pay attention to what is happening around them.

“The trouble with traffic engineers is that when there’s a problem with a road, they always try to add something,” Monderman says. “To my mind, it’s much better to remove things.”

What would our organisations look like if , when faced with a problem, we focused on removing things rather than adding them in?

What if every time we added a new activity we abandoned an old one? 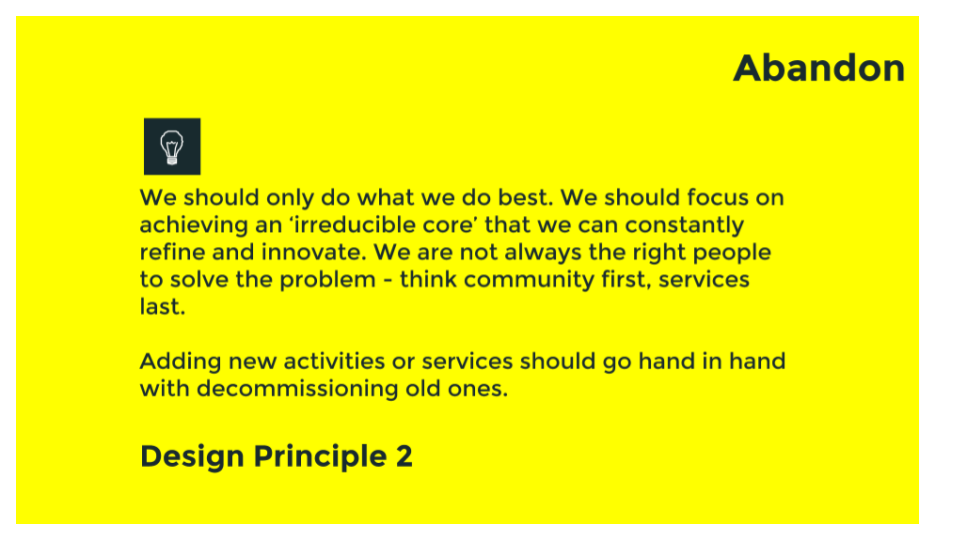 The second of the Bromford Design Principles is abandon activities that don’t add value. I’m going to put my neck on the block and suggest it has been the least successful of the nine principles we introduced. Yesterday certainly reminded me that should be my personal focus in 2020.

Ultimately simplification means making it easier for your people to get things done and for your customers and other partners to work with you.

As the world becomes more complex, simplifying strategy, leadership, decision-making and all of our communication becomes more important than ever. It should be our number one focus – but it certainly isn’t.

7 thoughts on “The Complex Task of Simplicity”